Technology continues to take its toll, not only in the development of works and businesses but also to the transparency and safety of the election, something that would secure the betterment of the whole country and the progress of every people living in it.

Before the 2010 election, the electoral system was done manually: the voters had to write the names of their desired candidates to the positions they were running for; the teachers (who were assigned as the Board of Election Inspectors) in turn count the ballots manually, usually using the classroom’s chalkboard to write the tally, after the voting; the election returns were then sent to the city or municipal Board of Canvassers; and finally to the COMELEC. This was a laborious and risky task with its counting of election results, especially for the national election, to last for 3 months or more after the day of the election.

But with the application of technology, this electoral procedure was changed – to be better. The electronic way of counting and sending the election returns are now conducted through the tools called PCOS (Precinct Count Optical Scan) machines. This is lot easier f 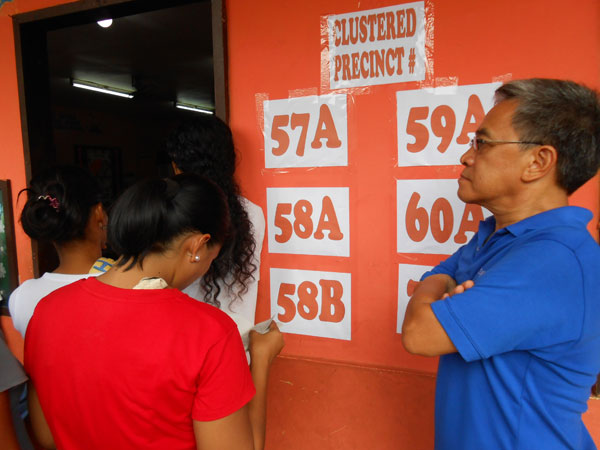 or the majority of the voters, literate or otherwise, as they only have to shade the allotted oval shaped spaces placed before the names of the candidates they want to vote. After the voter fills out the ballot, it will then be automatically counted as it is fed into the voting machine. The results of the scan are kept within the machine and will then be printed after the voting time. These printed results are then sent electronically by every precinct to the city or municipal Board of Canvassers, who will then in turn prepare 2 documents: the Statement of Voters (SOV), which contains all the votes from all candidates in all positions per precinct; and the Certificate of Canvass (COC), showing the vote totals of all candidates within the Board of Canvasser’s jurisdiction.

The new electoral system in the Philippines is time-saving and life-securing with the high-tech machines used to count and transmit the election results. Surely, those who invented and created these tools and procedures desired nothing but the common good for all. This is just one of the attestations that the technology is now innovating in the country. Sadly there are still others who bend it and align it to their selfish aspirations. They use the tools and practice the technology to manipulate the outcome the most people are expecting, equality in election results. Even though a new system was introduced there were still reports of manipulations and alterations of the votes. These need to be stopped.

With the introduction of newer way to vote and to send the election results, we are confident that without any intervention of tainted hands, the election will always flow smoothly and will provide a lesser chances of corrections which will give effect to the reduce of time used only to count and deliver the election results.

Romulo Natural have experience in journalism, especially in photojournalism, copyreading and headline writing. Working as a content developer in Eyewebmaster, clerk and a travel secretary for a non profit service organization.