We are all now living in a time when technology seems to already reach its peak. Everything is possible with the tools and equipments improved throughout the time since its beginning. 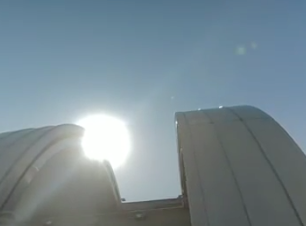 Moon can be reached anytime, in a very easy way not even imagined before; the planets and stars placed in thousands and even millions of light years away from the earth can now be viewed by the continuously developing telescopes; and there is also an increasingly thinning gap in communication as text messages, emails, phone calls, and other important information are sent and received in a fastest way with the use of signals and internet; television coverage is also reaching even the remotest parts of the planet; and the hovering airplanes and jets in the skies – all these are from the simple inventions, done in complex ways and in risky situations, with seemingly unknown outcome, by the very imaginative inventors and scientists. These are their dreams, and we have them now.

These are not enough. But how can we move further when there are predicaments on our way?

When John F. Kennedy announced the first moon exploration during the summer’s day of 1962 at the outdoors of the football stadium in Rice University in Houston Texas, part of him might had also been saying, “We will be spending a lot of money without any assurance of how this will go”. But he, together with the numbers of scientists, engineers, and workers, still pressed it forward and crashed the block of uncertainty. And on July 20, 1969 that dream happened when the first man by the name of Neil Armstrong with his other associates, not only viewed but also walked the surface of the moon.

But hundreds of years prior to that, the observation of the Moon was only conducted through telescope viewing from the earth, which was first done by Galileo Galilei using his own invented optical telescope which magnified the objects 30 times. By it, the craters of the Moon was first closely seen, also the Venus, and the other moons orbiting the planet Jupiter.

From space sneaking, to walking the moon’s surface, and to reaching and observing the farther side of the whole galaxy, the man is now getting to where those scientists and inventors dreamed for.

The same as with the other kinds of inventions and works made and are now being developed with the use of technology like internet, communication, constructions, and transportations. You can also be part of the increasing workers who use technology for the furtherance of the dream of those who started it and for the benefit of everyone else. They began from imagining, and by saying within them that even though there were obstacles and oppositions, they would still continue it anyway.

When a British explorer by the name of George Mallory was asked why did he want to climb the Mount Everest, he simply answered “Because it is there”. All the possibility for anything is always there. Given the bottomless ability of men to think and accelerate, any possibility will always be achieved. Dreaming, working for that dream, and taking the risks, with the use of technology, will lead you to success.

A video from the blog of Ferdinand Krauss explains this further.

Romulo Natural have experience in journalism, especially in photojournalism, copyreading and headline writing. Working as a content developer in Eyewebmaster, clerk and a travel secretary for a non profit service organization.