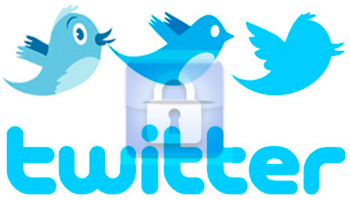 The online world has yet another challenge in security late last month when news broke about Twitter is being compromised by a big group of hackers. One funny scenario is that even the hacker known as Anonymous was the latest who fell victim to a rival hacker group that took over their twitter account. The phishing of famous celebrities and companies’ twitter accounts have been rampant the past month that a lot of people are calling Twitter to do something about the whole problem.
In response to the call of so many Twitters users, Twitter’s Director of Information Security, Bob Lord, expressed his thoughts on the matter and explained how tweeters can secure their accounts. Lord suggests that tweeters can be protected by creating better passwords and he said this because he believes this is a much better option than explaining the steps that Twitter is taking on the issue on security breach. He explains that a strong password should contain a combination of letters in uppercase or lower case, numbers, and symbols that should be at least 10 characters. He further suggested that a user must create one unique password in every website he uses so that when one account is compromised, the other accounts won’t be affected.
This advise may be very helpful but we have to admit that with so many user accounts one has to make, creating different passwords for each can be a problem, more so for those with memory retention problems. Another is that no password is 100% free from being hacked. There are still phishing attacks that can compromise passwords and many times users are led to click on bogus links that would trick them to give away their usernames and passwords. Many people are now pushing Twitter to adopt two-factor authentication which means that even if a hacker has an account’s password, unless he has the person’s smartphone, the details remain useless.
As of today, Twitter users are advised to create stronger passwords until the company, Twitter, tightens its security better. Users can also invest in password management or password “wallet” application like Last Pass or 1Password.